So the past week has been shitty for trans people, it’s true. Whether it’s Netflix doubling down in support of Dave Chappelle’s transphobia-as-humour, Texas making progress towards banning trans kids from sports, or the BBC running hit pieces on trans-inclusive charity organization Stonewall UK, it’s easy to feel like we are under fire from all sides. And it is certainly true that the status of transgender people the world over requires improvement.

Yet as I dip my toe into the discourse on social media swirling around these injustices, I find myself recoiling not just from the discomfort of the initial events but from the rhetoric that some trans people and allies use. Any time someone attempts to compare transphobia to racism, to say something like, “Mmm, you wouldn’t say that about Black people, would you?” I cringe. It’s not the same, at all, and we need to stop it.

When I say “we” I’m speaking mostly to my fellow white trans people, particularly white trans women. (And maybe, I guess, to Naomi Wolf.)

To understand what I’m talking about, first we need to talk about the idea of marginalization. Loosely put, this is a term used to describe individuals or groups who experience erasure and stereotyping as a result of not being fully represented and realized within our society. These people and groups live on the margins. Yet as with most social justice terms, marginalization has become a buzzword or catchall that has expanded beyond its original, more sociological definition.

Are trans people marginalized? Oh, hell yes. Despite recent strides in broadening the portrayal of diverse genders and sexualities, Western society remains a cisnormative, heteronormative, allonormative space that heavily polices us by how we express ourselves and who we are attracted (or not attracted) to. I am not denying that trans people, and indeed, queer people in general, are still on the fringes.

Here’s how I have come to think about it: I belong to marginalized groups, but I do not see myself as particularly marginalized in most situations.

In most situations, I have a lot of power according to other axes along which I have privilege: I am a homeowner, an educated person (and also an educator, which itself is a whole other privileged role in an oppressive system), a thin person, a mentally healthy person, a reasonably able-bodied person. And, yes, I am white. All of this means that, in most of my daily situations, I am in a position of privilege and comfort.

Now, this doesn’t mean I don’t experience transphobia or cissexism directed my way. But when I do, I have recourse that trans folx of intersecting marginalizations do not. Case in point: there have been one or two minor incidents where a student has consistently failed to respect my pronouns. My administration took me seriously and dealt with it quickly. While I would like to give all credit for that to how amazing my administration is, credit also goes to the institutional power I hold.

There are also recurring situations where I feel the marginalization of trans people keenly. When people look at me funny in a store (or even come up to me, as has happened at least once now … yikes), when the customer service representative misgenders me because of my voice—yeah, that stuff hurts and sucks and is a direct result of trans people not being more visible and understood in our society.

Ok, but now take those microaggressions and imagine how amplified they would be if you also experienced racism. You can’t, not really, of course, because we white people don’t have a clue, and that’s the point. My transness is never going to result in my community lacking clean drinking water.

It should not escape our attention that, so far, the only person to be fired from Netflix as fallout from its internal imbroglio over the Dave Chappelle stuff is a Black trans employee. Did white trans employees suffer? Yes. One was suspended—but then reinstated—and she herself has made a point of emphasizing that the principal harm here will fall on trans people of colour.

The way I see it, I live in a house with a broken window. Depending which way the wind blows, the cold air comes through sometimes and it sucks. But I have a lot of options available to me to avoid that cold air, and it isn’t always there consistently.

Some people don’t have the privilege of living in a house at all.

“This is not the Oppression Olympics” is a phrase you might encounter online. It’s a call out of someone who has tried to assert that they are “more oppressed” because of multiple, intersecting oppressed identities. The term originated in a conversation between Angela Davis and Elizabeth Martinez, yet as with the related idea of intersectionality as conceived by Kimberlé Crenshaw, I wonder how many of us have actually read the original context of this phrase (I certainly hadn’t until I looked it up for this post):

But we cannot be trapped in arguing about “My need is greater than yours,” or “A women’s center is more important than a Latino cultural center,” or whatever. We have to fight together because there is a common enemy. Especially if you are up against an administration being divisive, I think everybody has to come together and form an alliance or a set of goals together.

There are various forms of working together…. But the general idea is no competition of hierarchies should prevail. No “Oppression Olympics”!

Martinez’s utterance of “No ‘Oppression Olympics’!” is a call for solidarity among marginalized groups in the struggle against systemic oppression. It is not a rebuttal of the idea that some people do, indeed, experience more marginalization than others. Unfortunately, white feminism has weaponized both this term and intersectionality, distorting them from ideas of collective import into ideas of individualized import. All too often, white feminists deflect anti-racist critique of their actions by accusing their critics of engaging in the Oppression Olympics. Thus taking refuge in white fragility, they avoid responsibility for the fact that what they are fighting for is essentially the opposite of the intersectional fight against oppression that Crenshaw, Davis, Martinez, etc., are advocating.

This is why I was so pleased to see The Transgender Issue, by Shon Faye, acknowledge that trans liberation can only happen as a result of broader social change that, in particular, dismantles white supremacy. When we white trans people ignore or flatten the intersectional marginalizations that trans people of colour face, or when we invoke racism as an inappropriate allegory for transphobia and cissexism, we are taking an unfortunate page from the book of white feminism. The point of intersectionality is indeed not to claim that multiple marginalizations compound (though, in cases, they might) but rather to remind us that you cannot disentangle intersecting marginalized identities and treat them separately. For this reason, while the same transphobic action directed towards a white trans person and a Black trans person is discriminatory, the impact of that action will be different because the Black trans person will also experience the racism built in on top of that action. (And there is always racism built in, because that’s what it means to be living in a white supremacist society.)

So if we white trans people truly want to answer Martinez’s call for solidarity, then we need to remember that our marginalization is but the tip of an iceberg. That doesn’t make it any less real or valid or harmful for us as individuals. But it does create a collective responsibility for us as individuals to recognize the root cause of oppression (white supremacy) and how our white privilege insulates us from a large chunk of that oppression. We are so focused sometimes on fixing the one broken window of our house that we ignore how our trans siblings of colour are sleeping rough.

We need to build more houses, for everyone. We do that by acknowledging the problem (white supremacy) and dismantling it at the source (the idea of whiteness as default and superior as it is baked into our society).

I am trans, and I experience discrimination. Yet I am also white, and that gives me a lot of power. If these things describe you too, then I ask that you think carefully about your rhetoric, your actions, your discomfort. I ask that you consider not just how recent events make you feel as an individual but also your role in the collective action we must undertake to fight these oppressions.

Nothing I’ve said here is new, of course. Plenty of people have written on this subject before. But I felt the need to talk about it today, to help me work out why I was feeling so uncomfortable with some of the discourse around the most recent transphobic events. Hopefully this will help other white people pondering their relationship with marginalization to consider their privilege and power as well. 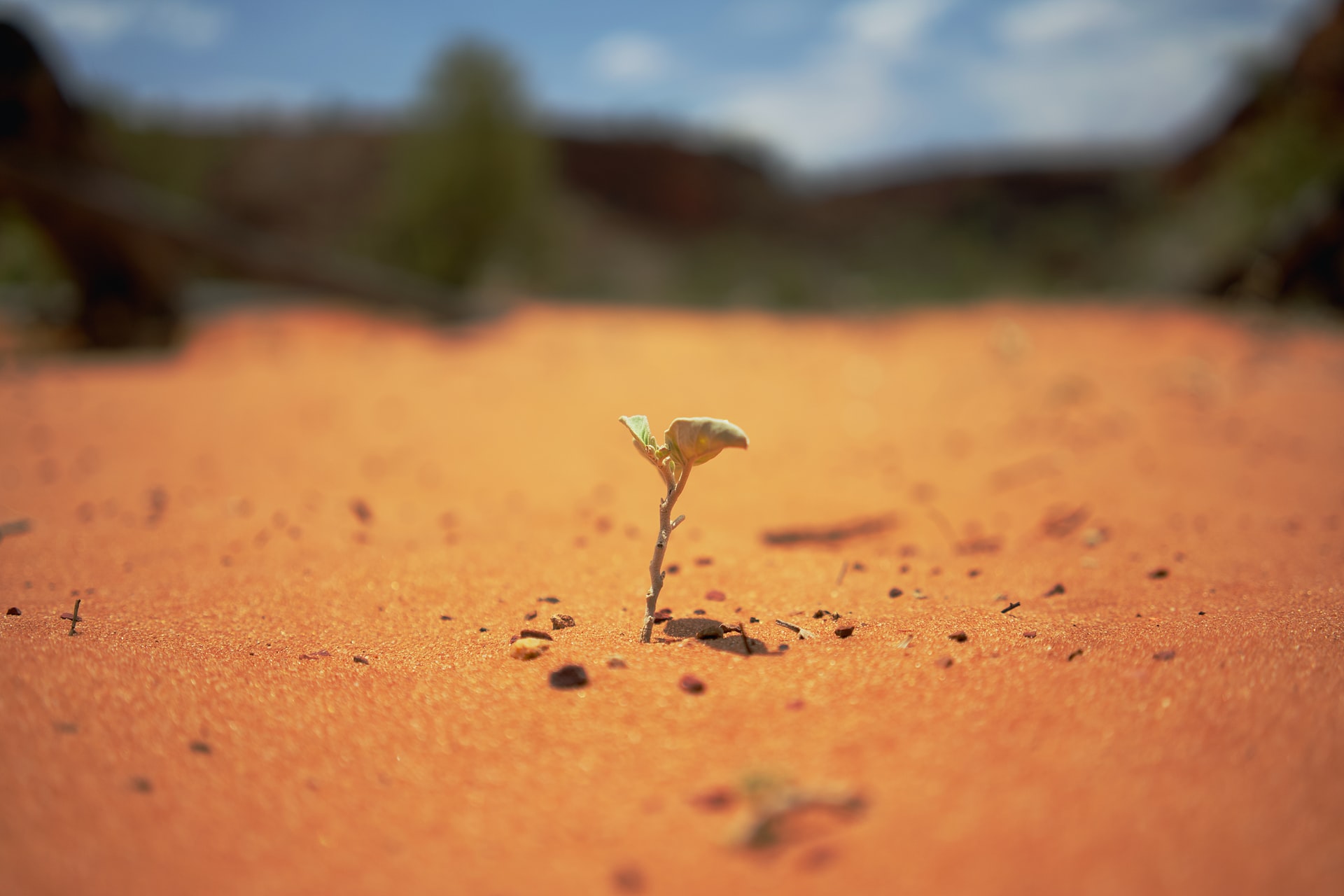 The audacity of coming out

The transphobic narrative is a lie. Let’s spend more time talking about how awesome it is to finally be yourself.

Friendship, but in high fidelity

To be asexual in our society is to be told constantly, in ways big and small, that you are broken. But we can change that, and everyone will be better for it.