The audacity of coming out | Kara Babcock’s Blog
Start End

In two more days I go back to school. I’m doing my best not to think about that and distract myself with other thoughts, such as how far I have come in the 18 months since I came out as trans. Last September 2 was the first time I wore a dress to work and felt like I was fully inhabiting my new self. In a case of déjà vu, school for me shut down in March 2021 about the same time it did in March 2020, and we are returning—physically to the building—on September 2 once more! So this Thursday will be a kind of anniversary for me, a very affirming one.

Trigger warning for a brief but intense description of the transphobic violence in our society including suicide and murder.

As many trans people will tell you, there is a big difference between realizing you’re trans, coming out, and starting some kind of transition. For me, these three events happened to coincide closely. That’s not always the case. Lots of trans people spend years knowing they are trans, from childhood or beyond, but they delay coming out for a variety of reasons that are often structural. Many trans people are out but don’t want to transition in the conventional social/medical sense. (Y’all are valid; you do not have to transition to be trans.) Many trans people want to transition but, again, a variety of reasons, often structural (particularly financial) prevent them from doing so. As always, the trans experience is a diverse one rather than a monolith. My heart goes out to those of you who wish you could be out but aren’t quite there yet or don’t feel safe.

But I’ve been thinking lately about my coming out and just how audacious it truly is to take that step. I did it!

I have previously recounted my realization that I’m trans as an epiphany. I stand by that statement, yet I have also explained how, in hindsight, of course there was a lot going on in my life that pointed towards me not feeling comfortable with the gender assigned to me at birth. In my review of Disclosure I wondered whether seeing more positive transfeminine representation in media would have helped me better understand myself earlier. We will never know. Regardless, looking back at the years leading up to January 2020 and the weeks that followed it, I understand now that my coming out was an act of sheer audacity.

As I wrestled for about a week with the prospect that I’m trans, in the forefront of my mind was the change it would bring to my life. New name, new pronouns, new clothes, new way of relating to the world. It’s a big deal. Even if you don’t legally change your name, as I did, simply informing everyone you have a different name and pronouns is an exhausting process! If you choose to engage in medical transition, such as hormone therapy, or you undertake other steps to feel more comfortable in your body like growing out your hair and wearing/not wearing makeup, that can be huge and often exhausting too. There is a reason we call this process transition. And I think, during that period prior to me deciding to come out, the voice that was urging me to reconsider, to stop questioning, was a voice afraid of what that change would mean.

I have always been a creature of considered habits and routines. I can list on one hand that events in my life that have shaken it up, from moving to England for two years to buying my own house. When you live one way for 30 years, and then you pivot and decide, “hey, actually, I’m going to be happier if I present as the woman I am” … that’s tough to think about at first. Then when you consider the various changes I outlined above that accompany such a step, it becomes a terrifying prospect.

Except, 18 months later, I can reassure my past self that it’s not. In some ways, coming out and transitioning have been one of the easiest adjustments I have ever undergone. Perhaps this is unsurprising given that I am finally becoming who I am, and in the same way that water finds its level, this is a process simply of chipping away at the parts of myself to reveal the true Kara underneath. She was here all along!

A few nights ago, I was lying on my couch, comfy in a dress, very … uh … aware of my body (in a positive way), and I was thinking to myself, “You did it.” Not in a “mission accomplished, time to pack it in” kind of way—my transition is still very much in progress and will be for a long time. Rather, I was thinking, “You did it” as in, “You got away with it, girl.”

This is the narrative that transphobic people tell trans people about our society: if you come out and try to transition, you will be met with hatred and fear. Your loved ones will desert you because you are an aberration and a deviant. We will censure you as a predator, mock you for your ghastly appearance, and bully you until you detransition or die at your hand or another’s. So don’t do it. It’s not worth it.

Coming out is audacious because it is puts the lie to this story.

Don’t get me wrong: transphobia is real, brutal, and deadly to trans people. In no way do I mean to deny that coming out and transitioning can be a difficult experience fraught with heartbreak, pain, and true struggle. But that struggle happens because of transphobia, because of structural discrimination, not because you are trans and you’ve come out. Just like any big change in our lives—marriage, parenthood, moving homes, changing careers—the struggle comes not from the change itself but from the barriers our society puts in the way. For those who choose to have kids, for example, sleepless nights with a teething infant aside, it’s the lack of support in the form of things like affordable childcare and more generous/flexible parental leave that’s the problem. Having kids isn’t bad, but our society doesn’t make it any easier. Can you imagine if that were the dominant narrative about having children? Oof. But no, if anything our society pressures people (especially women) to date and procreate and talks up the joyous experience of having kids.

Imagine if that is how we talked about transition. Imagine if we told trans kids and adults at the beginning of their journey that we will accept them every step of the way. We need to do this.

So that is what I am trying to do here. I will not pretend that every moment of my transition has been butterflies and rainbows. (Some of it has been unicorns instead!) Internal fears, dysphoria, doubts are a thing. External discrimination—transphobia, misgendering, microaggressions, deadnaming—have also been a thing. (But also I am white and very privileged in ways other than my gender and sexuality, and that moderates how I experience transphobia.)

None of those things are my fault. Again, I can only speak for myself and not other trans people, but my coming out and my transition have only made me happier, healthier, and more satisfied with myself and my life overall.

I had the audacity to reject the transphobic narrative that I would be unhappy and ostracized if I embraced my true gender. Coming out is an audacious act, as well as an act of resistance. It is the first step in writing a new story for our society, one in which trans people are accepted as normal. I want coming out to be as normal as getting married—I’m using that simile very deliberately, because notice I didn’t say I want coming out to be unremarkable. As I said earlier, it’s a big deal! You deserve to be feted however you see fit. You deserve to be celebrated for taking steps towards being more you! Throw a party! (Please do not throw a party for me; I will not show up and will instead stay home reading with a cup of tea.)

The transphobes can cross their arms and harrumph and stomp their feet and throw a strop (this is my favourite Briticism I picked up while in England) all they want and pretend they have the majority on their side simply because our media hasn’t deplatformed them yet. But they are losing. They are losing because I am not less happy as Kara. I am a fucking beautiful, bubbly, joyful powerhouse of a woman. Their narrative is false.

I had the audacity to come out. I continue to have the audacity to love myself as I am, and to accept gratefully the love of everyone around me. This has, apparently, made some people very angry. Quite frankly, I feel sorry for them that they are wasting so much of their energy peddling this spurious story of unhappiness and rejection. I will continue to resist simply by being myself. That is what we need more of: acts of joyful resistance that spring from accepting ourselves.

Stay mad about it, transphobes. Because I have no regrets. 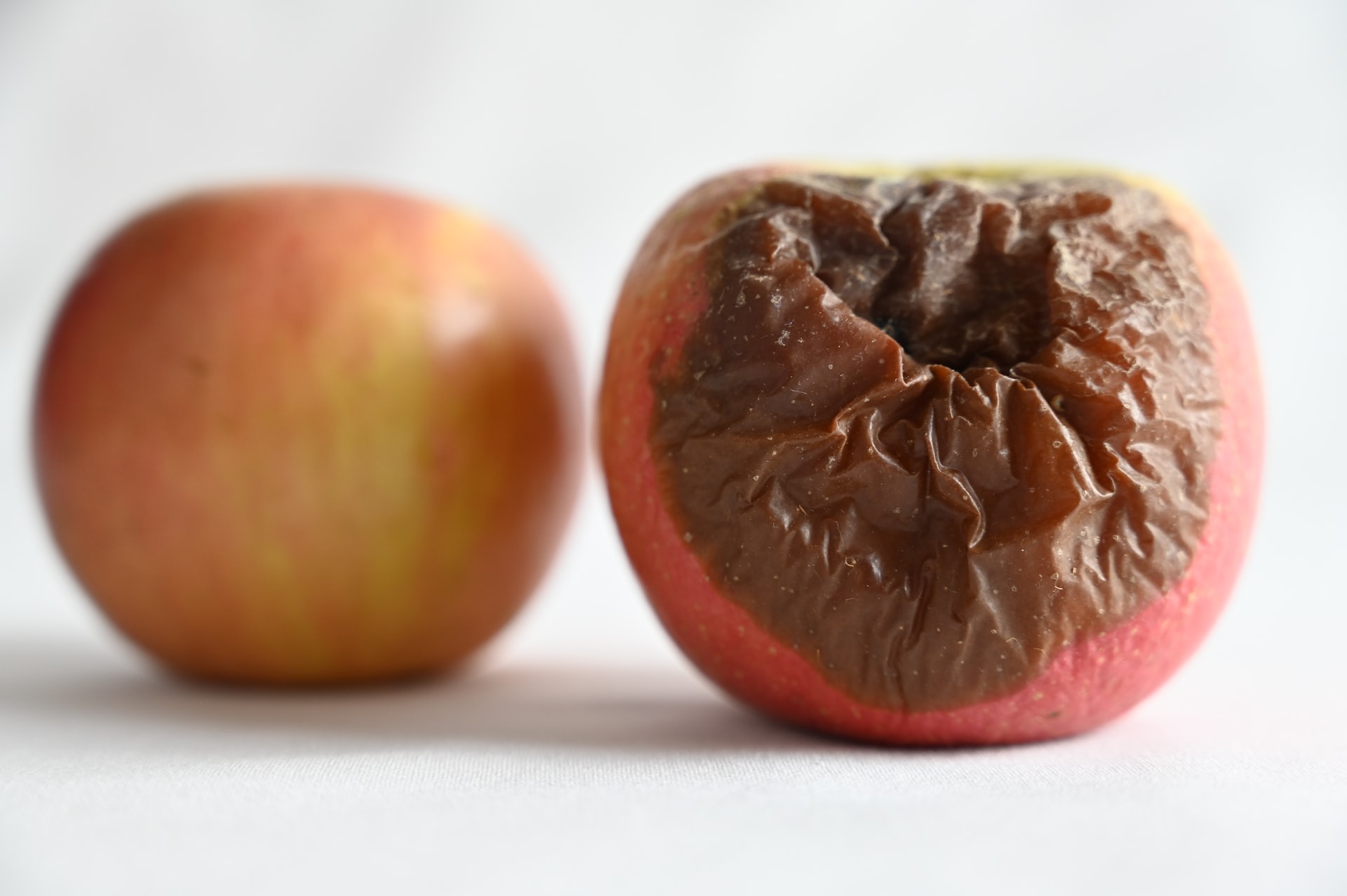 Neither angels nor demons: it’s time we stop treating teachers as exceptional

Teachers in our society are subject to vocational awe, put on a pedestal and told we should be grateful for the role we play. But this exceptional reputation is really just a smokescreen for devaluing our labour and refusing to address the problems with our education system.

Yes, whiteness makes you less marginalized even when you’re trans

Intersectionality means I can’t separate my whiteness from my transness, nor can I ignore how the privilege the former identity grants me moderates the marginalization of the latter identity. We white trans people need to do better at acknowledging this.