I’m always bragging to everyone who will listen about my incredible friendship with one of my best friends. It’s hard to put labels on our friendship—sometimes we say ride-or-die, but nothing really describes what we have, because English lacks a robust vocabulary for friendship versus the privileged way we talk about romance. All I know is that ours is a relationship that transcends the casual intimacy of friend yet doesn’t require the physical intimacy of sex or whatever the hell kind of intimacy romance is (I’m still not sure what that is).

I told the story of how we met in a blog post back in December 2017, when our friendship was very new, saying:

…there are no words sufficient for how much this new friendship has transformed my life for the better. Some people you meet and take a long time to become close to, for whatever reason—and others you barely get to know before you feel like they’ve been in your life forever.

Well, four years later, here we are—Doctor Who Sundays bent and stretched into virtuality sometimes by demands of distance or pandemics but never curtailed. I knew, right from the start of our friendship, that she was very special to me.

This week is Ace Week. Last year, I wrote about how coming out as trans affected how I see my asexuality. The theme of this year’s ace week is “beyond awareness”—the idea being that we can go further than spreading awareness of asexuality (experiencing little or no sexual attraction). To me, the next step after awareness is logically acceptance. So I want to talk about how, while I have been fortunate to encounter acceptance on an individual basis in my personal life, our society’s lack of acceptance of asexuality has still been detrimental to me. And it starts with my friendships.

As I became closer to my ride-or-die in 2017, I was terrified that something I did would be misconstrued as flirtation. The truth is, I had only recently started to make friends as an adult. Somewhere between high school and moving to England, I kind of fell out of practice of friendshipping, and for a time, I was very lonely. I started to heal after I returned to Canada, as that 2017 blog post details, making a new best friend in addition to my ride-or-die friend along the way (more on her later). But because I hadn’t really had a best friend since childhood, and because I had never had a romantic relationship, I felt unprepared for what I was feeling for my ride-or-die. I knew I didn’t feel sexual attraction, and after long introspection I was pretty sure I was still not feeling any romantic attraction (romance confuses me far more than sex, even to this day). Nevertheless, my feelings for her were so intense and I didn’t know what else to call them, because our society doesn’t talk about these kinds of friendships enough. I was confused and uncertain and so, so worried I would make a misstep that would push her away.

But this is the amazing thing about my ride-or-die: she took it all in stride, and she mirrored my intensity, and she has always understood me—sometimes better than I understand myself. Our friendship has always felt like the most natural thing in the world, and I am profoundly grateful for the grace and kindness she has always shown me, and which I have always tried to reciprocate.

I don’t need a partner. I enjoy living by myself, enjoy my independence, enjoy solitude. So until I met her, I had kind of accepted that life is binary: either you meet someone or you don’t; either you partner up romantically or you don’t. I had accepted that my decision not to partner up necessarily meant I would be alone in a certain way all my life—and then I met her, and she befriended me, and I wasn’t alone any more. I was more alive than I had ever been. And we didn’t need to touch, to move in together, to do any of the rituals commonly involved in dating and romance. We just needed to hang out. To listen and talk to each other. To be there for one another. We needed friendship, but in high fidelity.

I didn’t know that was possible for me until suddenly I had it, and I love how this has helped me grow. Our friendship helped me unpack internalized ideas about who I could be, limitations I had, based on how society talks about the necessity of sex and romance to be happy.

To be asexual in our society is to be told constantly, in ways big and small, that you are broken.

Please spare me all the examples you can dredge up of fast friendships in media. I know they exist. I cling to them like a single person on a door that is clearly big enough for two people, afloat on an ocean that is otherwise inhospitable. While asexual representation has grown (and is arguably flourishing in indie books!), it is still far from common in mainstream media, particularly in TV and movies. Improving representation is so, so important—yet if we are to move beyond awareness and towards acceptance, we must tackle the constant microaggressions that bombard asexual people every day of our lives.

It’s not just the “sex sells” sex positivity embedded in advertising and social media. It’s everywhere. It’s the baseline assumption that every person wants to couple up (amatonormativity) that is so baked into our world that we seldom question it. Just this weekend, I took a quiz to tell me which fall colour of a brand’s leggings would be perfect for me. One of the questions was “what is your favourite fall date activity?” I generously chose to interpret this as a friend date, but there it was, in this otherwise innocuous quiz: the assumption that all of us crave connection in that particular way.

This is the part where I should say that some asexual people do crave that, of course—and there are some allosexual people (those who experience sexual attraction) who don’t. It’s not a one-to-one thing at all. When I write, I do so from my experience as someone who is both asexual and aromantic, in such a way that while I find the split-attraction model quite helpful, I also find these identities inseparable. However, lots of asexual people want romantic partnerships, might even want sex with a certain person. It’s about attraction, not behaviour. Likewise, it’s just as valid to experience sexual attraction but still never want to couple up.

Therein lies the problem: our society, for whatever reasons, is predicated so strongly on the ideals of the nuclear family, heteronormative partnerships, etc., that the pressure to couple up harms not only asexual people but everyone to an extent. While there are many people content in their loving marriages, think of all the people who have “stuck it out” because they were told, explicitly or implicitly throughout their lives, that marriage is a necessary part of being successful. Think about how many people get into toxic relationships, or stay in them, partly because of a fear of otherwise being alone.

My other best friend, Rebecca, also mentioned in the 2017 blog post, hosts a podcast with me. It is one of the many aspects of our friendship I am grateful for. She pushes me, challenges me, supports me, uplifts me, and otherwise always has my back. And like my ride-or-die, she has always, always accepted my queer identities, even when she has questions. We learn from each other, and we are stronger for it. Ours is truly a friendship in 4K.

Our podcast discusses any topic we choose to take on, and a few months ago, inspired by a rant she posted to Instagram, Rebecca suggested we podcast about the pressure put on people—particularly women—to date, couple up, and ultimately have children. You can listen to it here:

In the episode, I speak both from my perspective of a trans woman (who therefore often feels alienated and excluded by discussions of womanhood predicated upon motherhood and birthing) as well as my perspective as an ace woman (who keenly feels othered by messages from media and these casual inquiries from our families and friends). Rebecca speaks as an allosexual, straight cis woman who does enjoy sex and some romance on occasion—but as you’ll hear when you listen, her life is about so much more than that, as it should be. She’s happy where she is right now as a single lady, and maybe that changes someday, but it doesn’t have to as a matter of course.

Fighting against amatonormativity, this assumption that sex and romance and coupling up are normal and necessary, is not just an asexual issue. It’s a feminist issue too. Women cannot be liberated until we feel whole even on our own, and likewise, asexual people will not feel accepted until we are no longer made to feel broken on a daily basis simply by interacting with the world around us.

I have always been big on the self love, and I can honestly say I have always been content to be my asexual/aromantic self, to be alone, despite the messaging otherwise. But I didn’t feel accepted, and somewhere along the way, I internalized the idea that I might be happy by myself, but I would always be missing out on something that everyone else got to experience. I would be a second-class citizen of sorts.

Then my ride-or-die came along and showed me otherwise, showed me that alternative forms of deep and meaningful connection do exist. Embracing this helped me embrace other friendships, helped me grow into myself as an adult, likely helped me feel comfortable enough to finally wrestle my gender feels to the point where I realized I wanted to transition. These last few years have been a long journey of not just loving myself but accepting myself and realizing that I can rewrite the meaning of relationship until it matches my own needs. I can reject the labels and boxes into which we insist on sorting everyone.

But I can only do so much. My amazing friends can only do so much in supporting me as an individual. I need all of you to do your part too. We need to stop merely talking about asexuality. We need to stop looking inward at ourselves and our identities and look outward at the society we constructed and deconstruct that pernicious amatonormativity until it whispers no longer in anyone’s ear. We need to liberate ourselves for ourselves, so that, in the words of the unstoppable Lizzo, “True love finally happens when you by yourself.”

Yes, whiteness makes you less marginalized even when you’re trans

Intersectionality means I can’t separate my whiteness from my transness, nor can I ignore how the privilege the former identity grants me moderates the marginalization of the latter identity. We white trans people need to do better at acknowledging this. 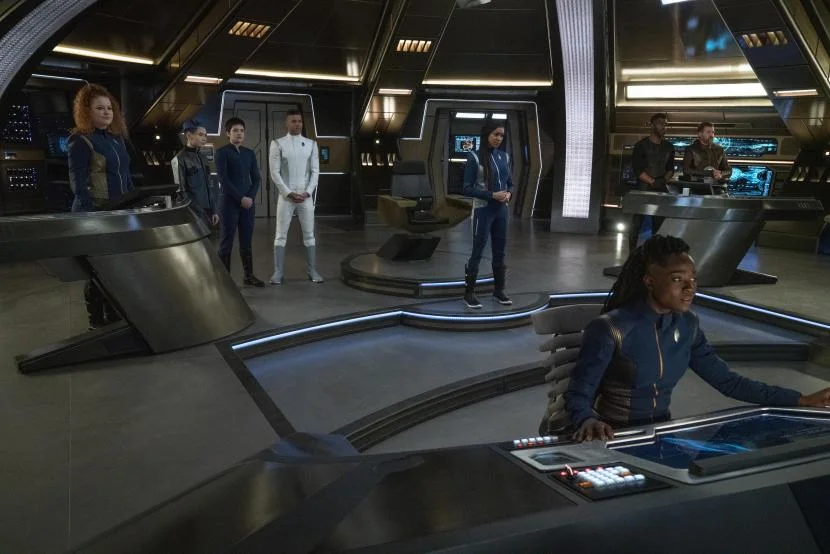 Season 3 fixes so much I disliked about the first two seasons.