Not like other girls: Why I am proud to be visibly trans | Kara Babcock’s Blog
Start End

Today is the International Transgender Day of Visibility. As its name implies, the goal behind this day is to celebrate the existence and contributions of trans people in our societies. I feel like, in 2021, we need this day more than ever.

On the one hand, it is true that, over the past decade, the visibility and acceptance of trans people has increased markedly. If I had realized I was trans and come out in 2011, I would not have had the same level of access to the services I can currently receive, nor do I think I would have had as positive an experience.

On the other hand, the past couple of years have seen ever more backlash—likely in response to the increased visibility of trans people—particularly in the United Kingdom and United States, but also here in Canada. The UK media is a bastion of transphobic takes, and trans people in the UK are constantly under threat of losing what patchwork health services they currently have. In the United States, multiple states are attacking the right of trans girls and women to play women’s sports—a red herring that has way less to do with “protecting children” than it does with oppressing women. Literally this week, Arkansas banned trans kids from healthcare and banned trans people of any age from using public healthcare to obtain trans-related care.

I’m not going to get into these issues today, though. Read the articles I linked, and hit me up online if I know you and you want to chat with me about this stuff. Instead, I think that on this day of all days, it’s important that I explain why being a visibly trans woman is important to me.

Not every trans person is visibly trans. Think about that the next time you go to say, “I don’t know any trans people” or, fellow teachers, “I don’t have any trans students.” Some of your acquaintances, friends, colleagues—even family members—might be trans but might not be ready to come out, either to you or to the world in general. We must respect this, and for any closeted and stealth trans people reading this: I see you; you are still trans.

Some trans people don’t want to be visibly trans. The common term for this is “passing,” and every trans person has a different take on this term and its relevance to our lives. Here’s a good video from The Cut interviewing various trans people about their understanding of the concept of passing. Basically, the concept of passing is problematic because it reinforces a binary and stereotypical concept of gender expression. Many trans people, particularly non-binary people, do not or cannot “fit” into the typical gender expressions we associate with male and female. And why should they? That being said, as you’ll learn if you watch the video, many trans people consider passing to be essential for their safety. To “pass” as a cisgender person means you potentially avoid discrimination and violence.

For this reason, for you cis people with trans friends, be careful with how you comment on your friend’s gender expression. Your friend might be carefree and happy to experiment with their gender in wild, wonderful ways—cool, encourage that! However, if your friend is more hesitant—if they seem obsessed with getting their makeup right, with their voice, with their profile and silhouette … remember that for trans people, gender expression is often about survival. Support your friend and accept them for who they are, but keep in mind that they are on a journey full of anxiety about how they will be perceived and whether they will be safe.

So I want to be seen.

I have privileges many trans people do not: I am white, well-educated, employed in a unionized profession, and surrounded by a fantastic support network. Moreover, my gender identity and expression fall solidly within the artificial, colonial binary—I am a woman and love wearing dresses, makeup, etc. Finally, I am a damn good writer! Therefore, while I am still at risk in our society, I have a lot of power to make my voice heard in a room or social network full of cis people.

Being aware of my privilege is no good if I don’t actually use it to fight the oppressive structures that accord it to me.

I want, therefore, to be visibly trans for all the trans people who can’t be visible right now for fear of their safety—or because our society refuses to see them, even when they’re right in front of you.

I want to be visibly trans for all the trans people who don’t fit the binary, cisnormative ideas of what trans people look like. I can’t speak for you, non-binary, genderfluid, or gender-nonconforming trans friends, but I will show up for you.

I want to be that visibly trans teacher who is, every single day, showing her closeted or unaware trans students that it is ok to be themselves. I had no out trans teachers when I was growing up, of course; I saw very few positive representations of trans people on TV. Good representation matters so much. Yes, young people are far more cognizant of queerness these days than we were, and representation is shifting—but not fast enough. I need to be a part of that. I want trans youth to look up and see themselves in me and see that they can exist well into adulthood and be joyful in their lives.

Last summer I had a high school student in one of my online courses come out to me privately, before he even knew I am trans. (I like to think that means I did a good job making the space safe to begin with!) Once I told him I am trans, it was like a whole other layer of weight lifted from his shoulders. This heightened my awareness—in a very real and somewhat daunting way, if I am being honest—of my responsibility as a 31-year-old trans professional. I am a role model in more ways than one, and in embracing this, I might very well be one of the factors that helps a trans kid survive.

I want to be visibly trans because I don’t really have a choice in the matter—starting hormones at 30 means they’re really tweaking my appearance more than anything else. I have ultimately come to accept it as a good and beautiful thing. As I have said, here and elsewhere, many times over, I love myself, and I love myself now more than ever, and I love the way I look now, more than ever. Trans people are beautiful, no matter what we look like, no matter whether we “pass” or conform to cisnormative standards of beauty. However, it’s important to me to be vulnerable in this moment and share with you that this was definitely a journey for me—body acceptance is not an immediate nor a linear journey. Moments of euphoria and dysphoria come and go. But my visibility, my transness, is never the problem.

Now, if you’ve reached the end of my rant and are thinking, “Oh, Kara wants to be visible so cis people will see that trans people are Just Like Them!” … no. Stop. That’s not it at all.

Yes, I want to normalize transness (because we are normal). But to be normal does not mean to be Just Like Cis People. “I don’t see your transness” or “I just see you as a woman” might sound complimentary and affirming, but it veers uncomfortably close to “I don’t see colour/race”—it’s an attempt to sidestep the aspect of my identity that can make you uncomfortable because of the structural inequities I face that you don’t. My transness is absolutely a difference between me and a cis woman. But then again, depending on the cis woman we’re comparing with me, so too might be my height or my devastating wit. I simply want my difference to be celebrated rather than shamed, mocked, or used to exclude me. I want my difference acknowledged in a way that does not deem me “less of a woman” than cis women.

So, I will be visible for the trans youth who need to see joyful trans adults. I will be visible as a sign of resistance against a society that would shame and other us. But above all else, beyond the need for struggle, I will be visibly trans for myself and myself alone. Being trans is a part of who I am, and I am going to take up space and be loud about it and be unapologetically me. Anyone who has a problem with that can address their criticisms to a mirror, because that’s where your problem lies. 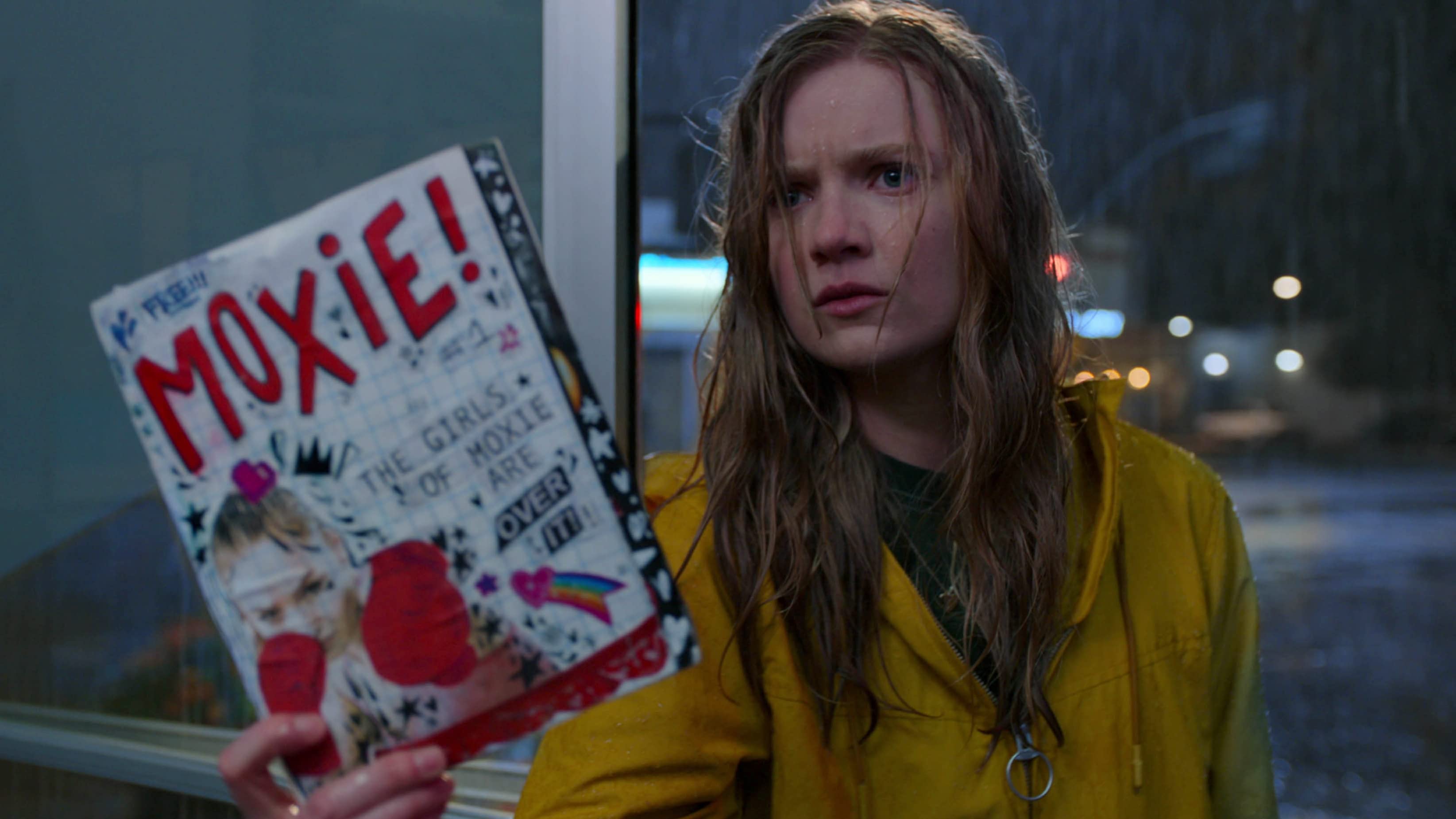 I review Netflix film Moxie, which I thoroughly enjoyed yet also find very problematic and unsatisfying! Intrigued? SPOILERS AHEAD. 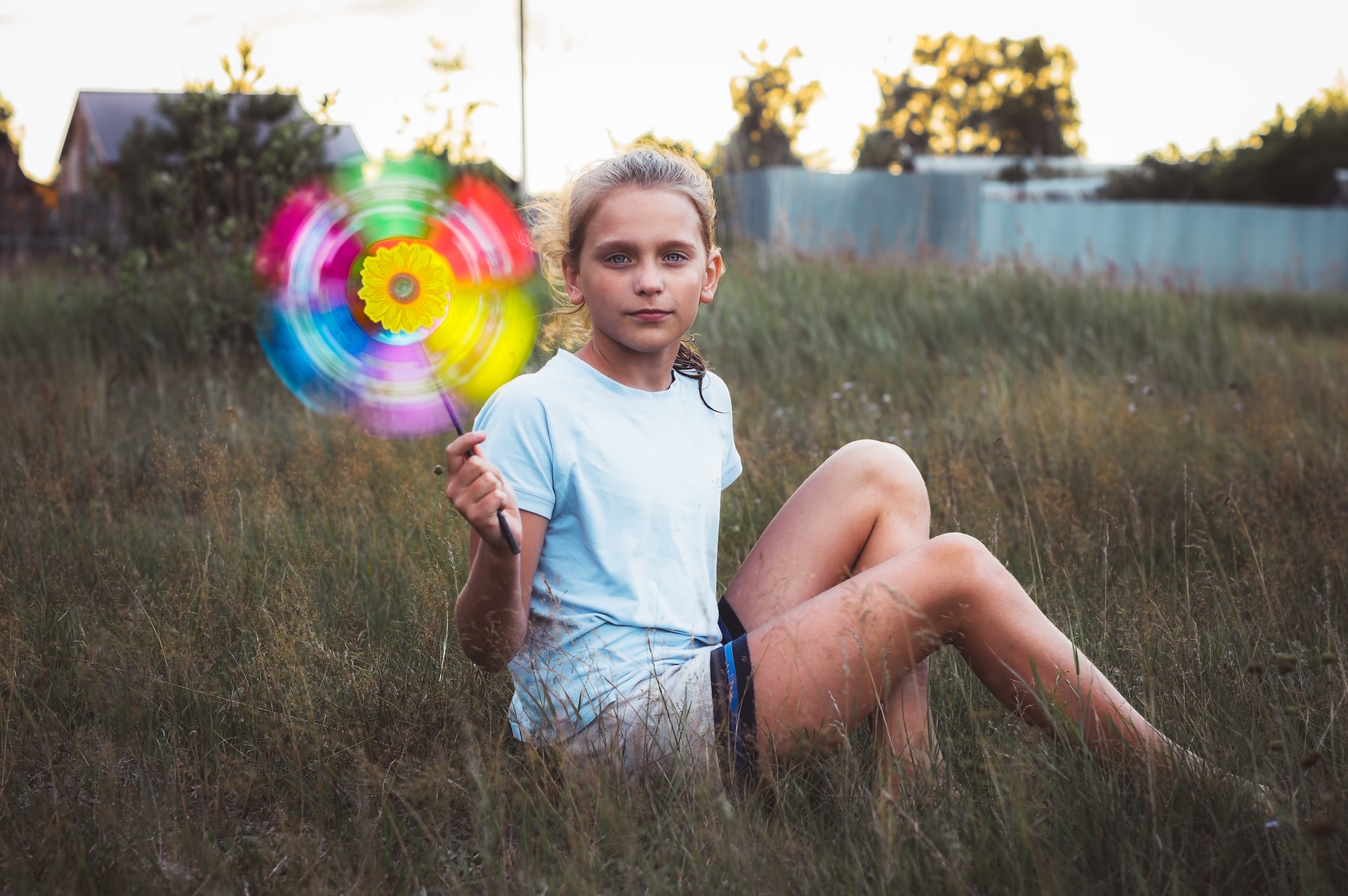 The childhood I didn’t have

Wearing a dress to prom. Figuring out my style over decades instead of a year. Seeing myself represented on TV. Not having to go through the wrong puberty. These are just some of the experiences from the childhood I didn’t have. Today is the International Day of Pink, a…