The customs line at London Gatwick grew quickly. There must not have been an international flight for few hours, because few stations were open when we arrived, and several of them were being staffed by trainees. We stood in line, dead tired and late to meet our drivers, waiting to be processed. Karianne advised us not to say that we were “looking for work” (because apparently that’s code for “I’m a shiftless migrant trying to get into the country”) but rather that we were here for “job interviews”. A likely story indeed.

Somehow I managed to get into the country, and then we grabbed our luggage and made our way out into the arrivals section of the airport. Britain! We met our drivers and briefly popped into the Marks and Spencer to grab some food and drink for the ride to Bury St Edmunds—I was starving. There were two drivers, and they decided to split the 9 of us by taking three of us in one van with the majority of the luggage and the remaining 6 in the other van. I inveigled my way into the van with three people on the reasoning that it would be quieter and easier to catch up on my sleep. Arushi and Mairwen joined me and our driver, Howard, who provided some pleasant conversation until our exhaustion caught up to us. 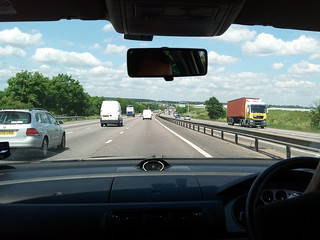 And what a difference the van selection made. Apparently the other van wasn’t just filled with 6 people but blessed with a rather cantankerous driver, his ill-fitting suit and cast-bandaged hand making him look particularly out of sorts. Not only did they continually speed up and pass us, despite the driver’s admission prior to leaving that he wasn’t sure where we were going, but apparently he was playing pop music quite loudly the entire time. I’m happy I lucked into the more serene of the two vans; I had a good nap and was feeling slightly more rested when we arrived at the hotel.

We were staying at a Ramada Inn outside the town itself. We got our own rooms, and after we checked in I went to mine immediately. It was about what I expected in terms of amenities, though the kettle and complimentary teas were a nice touch. (Sadly, I never actually took advantage of that kettle—by the time I returned to my room for the night I just wanted to go to bed, and in the mornings I went straight to the dining room for tea with breakfast. Maybe next time!)

The washroom was a little weird: no facecloths, and there were separate cold and hot water taps, which made washing one’s hands a rather challenging experience. A bath was foremost among my priorities; however, I opted to shower instead. Normally I eschew standing in running water as a method of bathing, but my hair was greasy and I didn’t think the sink would work well for washing it, so I bravely stepped into the bath and examined the plumbing. It took me entirely too long to figure out the mechanism by which one switches from the bath faucet to the shower head, and during that time I got entirely too much water on the bathroom floor. This bathroom and I were not off to a good start. 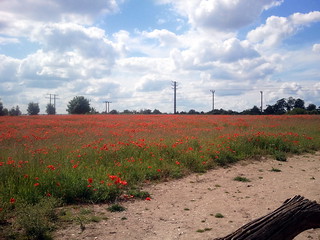 After an invigorating if frustrating shower, I emerged cleaner but still somewhat tired. I met up with several of the other iday participants—Ian, Braedon, Matt, and Taylor—because they had indicated they were walking into the town centre for a little exploration. I wasn’t that interested in exploring at the moment, but while unpacking I had discovered I was missing a toothbrush, so I tagged along. Ian had actually lived in Bury St Edmunds as a child, and once we found our way along the path back to the town centre, he played a bit of a tour guide. (We even saw a beautiful poppy field. No one in an enchanted sleep though.) Eventually we met up with his wife, Jodie, a Canadian teacher living in Bury and already working with Engage Education. She was also participating in the iday to find a full-time position for the fall. 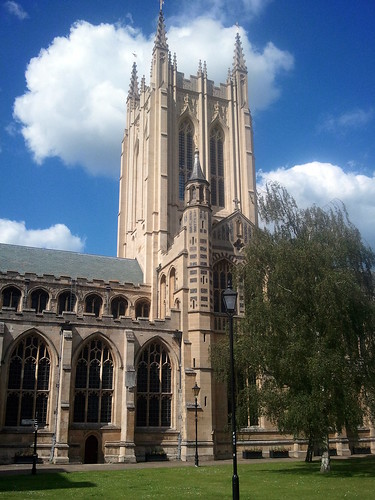 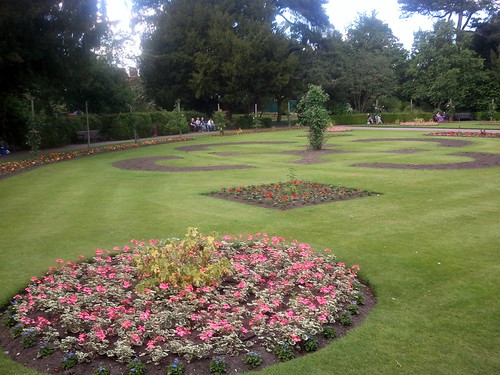 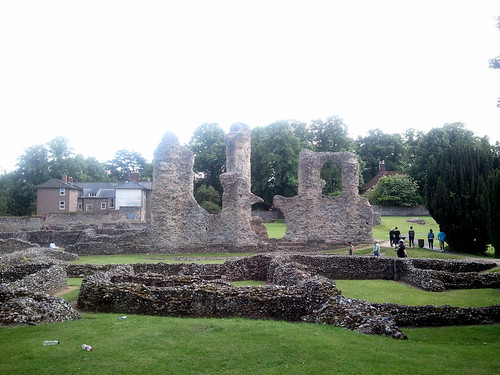 Ian and Jodie showed us around the town centre. We lingered in the Abbey Gardens, walking through the ruins of the monastery destroyed by rioting townspeople in the 14th century. The flower beds in the Gardens are beautiful and obviously regimentally maintained. Then we wandered up a few side streets—paved with cobblestones—and visited a few shops. I bought some cookies from a bakery, found a toothbrush in another store, and snapped some photos, including one of the world’s smallest pub, The Nutshell. 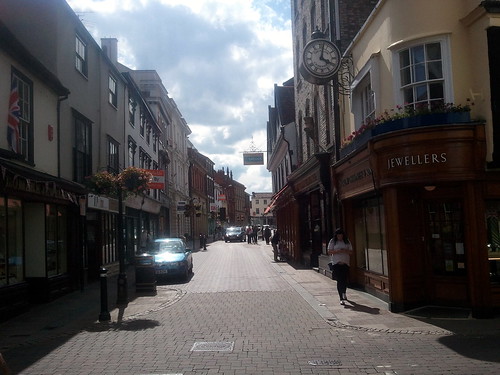 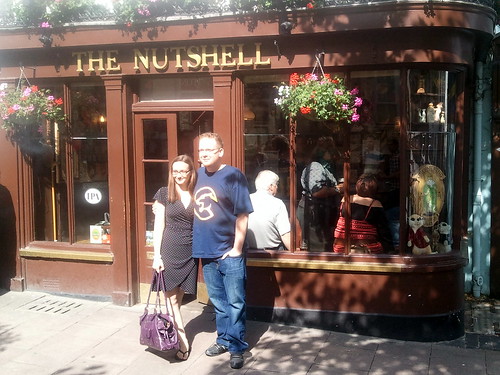 Dinner was back at the hotel. After dinner, several people elected to return to the town centre. I chose to go to the other way, venturing down to the nearby Sainsbury’s (less than a 5-minute walk), just to see what it was like. Then, quite tired, I returned to my room. I hung my shirts in the bathroom with the shower running for a few minutes to remove any errant wrinkles; meanwhile, I took advantage of the free WiFi to check my email and reassure myself the Internet was just where I left it. Then I collapsed into bed to have my first good sleep in 36 hours.

I had to be up bright and early the next day to prepare for a gruelling day of interviews. I was more nervous about whether I would be able to tie my tie.

In order to better cover my experiences in detail, I’ve decided to write a post for each day I was away in England, publishing it on the same day this week. I also recorded video footage that I hope to have edited by the end of the week! Without further…

Interview day. I woke up early—I think around 5:30—to make sure I had enough time to prepare before breakfast at 6:30. In particular, I was worried about my tie, which up until now I had only practised. Now it was time for the real thing. Doing up the top button…