Three years ago, when Star Trek: Discovery (or DISCO as we call it) premiered, I didn’t like it. Now, as its third season draws to a close, I have decided to go back and finally watch season 2. I wanted to give DISCO another chance, and I promised myself that I would go in with fresh eyes and an open mind. My verdict? Well, it’s complicated—season 2 is a lot better than season 1, and I am willing to own that many of the critiques I levelled in that 2017 blog post do not hold up. Yet at the end of the day, I can’t bring myself to say that I liked season 2 of DISCO.

What was I wrong about in that first blog post? I was critical of how the show handles its characters of colour, and I argued that DISCO doesn’t take enough risks. I think, in hindsight, neither of those critiques are fair—especially not for season 2. I can see now that the writers and producers of this show have tried hard to push the boundaries of what we consider to be “Star Trek,” in a good way, and in my initial defensiveness I wasn’t ready for that.

You have to understand that I am still deeply mourning the death of episodic television. I say this with the utmost respect for the serial aspects of DS9, which is probably my favourit Trek! But the absolute dominance now of the “let’s make our season of television a 10 or 12 or 13-hour movie” bothers me a lot. And so DISCO’s rigorous adherence in season 2 to a Doctor Who-like wibbly wobbly timey-wimey storytelling arc does not endear the show to me, nor does the centrality of Michael Burnham to the whole season’s mystery (I stand by the criticism that she is a Mary Sue).

Something else I greatly enjoyed while watching season 2? The production value. Holy wow can we do special effects these days! Those space battles? Amazing! The set design? Phenomenal. I will never criticize this show for looking to “slick” even though it is a prequel to the 1960s Star Trek. I don’t care that they have holographic display panels when TOS used switches. That doesn’t bother me at all. Honestly, it is exciting to see Star Trek on screen with this level of fidelity, and it is one of the reasons I went back and watched season 2.

The other reason I watched season 2? I am a Star Trek fan, and like it or not, I realized that if I eschew DISCO entirely, I will always have this gap in my Star Trek experience. Like, I also dislike Enterprise a fair amount—but I watched all five seasons of that, first run, and honestly, DISCO at its worst is not as bad as Enterprise at its worst, so … yeah.

That’s another thing I have to remind myself of: much like Doctor Who, which I also love, Star Trek is a remarkably uneven franchise. Every series has its highs and lows, some more than others, and many of those highs and lows are subjective—which is totally fine. What I have to say about DISCO is not meant to yuck your yum, and I’m not bothered that other Trekkies like it more than I do.

All of this is a long-winded way of me saying that I’ve come around to the idea that DISCO, whether I like it or not, is this generation’s template for Trek, just as much as TNG became the template for Trek in the 1990s and 2000s—and I am aware that a great many people who grew up with TOS as their only Trek were just as unhappy with TNG as I was initally with DISCO. I don’t want to be yelling at clouds in the sky, so let me reel myself in.

I don’t like your storylines. In addition to my disinterest in intense season arcs, your obsession with artificial intelligence as an antagonist is overdone and boring (this was my principal problem with Star Trek: Picard as well). There is an interesting issue embedded deep within season 2’s plot—the whole idea about why we shouldn’t give up control of our decision-making to an AI, and I concede that this is a timely topic in our society. Yet Picard and DISCO alike then make the mistake of turning the AI threat into an overpowered and supervillain-like problem that can only be solved with epic space battles and, in this case, a little time travel thrown in. So I’m not sure that we, 21st-century viewers on the cusp of surrendering our society to algorithms, actually get the moral we’re supposed to get out of this. We are too busy watching people’s faces melt into nanobots.

I don’t like your angst. Conflict is all well and good, but the grittiness of Picard and the angst of DISCO grate on me so much. Again, I accept that this is partly a result of how television conventions have changed in the past decade or so, and maybe it is unfair to lay the blame for this entirely at DISCO’s feet. But at the end of the day, a lot of the characterization and character arcs in this show don’t work for me either. And that is a shame, because as I mentioned above, I think this show is actually much better at maintaining Star Trek’s commitment to diversity in its actors and characters than I originally gave it credit for. Indeed, the introduction of a trans and a non-binary character in season 3 gave me yet another nudge to catch up on this show.

So … truce? I will continue to adore Lower Decks, because it is indeed awesomesauce, and I will tolerate you, DISCO, because now I understand that it’s not your fault you aren’t my cup of tea. I will watch you because you are Trek, even if you are not my favourite flavour of Trek, and I will enjoy you as much as I can, even if I will never enjoy you as much as I do DS9 or TNG. And that’s ok, just as it’s ok for other Trekkies not to enjoy some of the classic series and to find in DISCO their favourite version of Trek.

It is a beautiful thing, that Star Trek can endure this long and reshape itself to fit new generations.

But I will still be here to grumble about silly storylines and spore drives, because what is the point of having a blog if you can’t grumble about things?

Free public transit: It’s not about the money

You can pretend your opposition to free transit is purely economic, but these types of decisions are about race, class, and power. 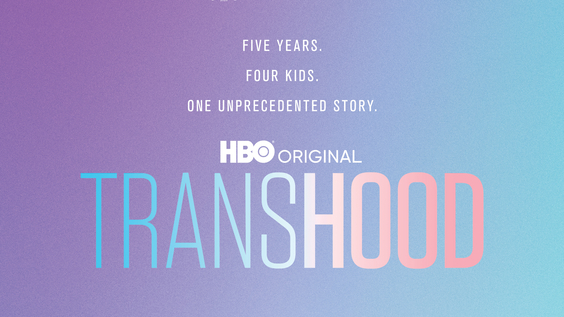 It was Christmas Day, and Gilmore Girls was depressing me with its relationship drama, so I cast about for something that would hold my interest but not harsh the sliver of holiday jolly that flickered within my breast. And I found Transhood, an HBO documentary released earlier this year.…