This post was published 6 years ago. Some of its information or my opinions might be out of date.

Mailing things overseas can be frustrating. Once you package everything up and send it away … you wait. And wait. And wait. And hope that your decision to go cheaper rather than faster doesn’t mean your package is now bobbing around the Atlantic Ocean, or stranded on a shipping pallet in Heathrow airport, soon to be rerouted to New Delhi instead of Norfolk. That’s how I felt when I sent two packages a month apart, and the second one arrived within a few weeks, while the first took months. But at least it was safe!

In both cases I was dispatching some knitting gifts to friends and former colleagues back in England. I haven’t blogged about my knitting for a bit, so rather than just spam some photos on Twitter, I thought I would share them and talk about them here.

I knit two scarves for Lesley, who was my department head and therefore had to put up with me quite a bit. The first is more properly a shawl. I love that it’s from a set of patterns called a Trilogy of Four—all the patterns are named after things from The Hitchhiker’s Guide to the Galaxy. This pattern is called Trillian, and I think that is appropriate, Trillian being a mathematician and Lesley being a math teacher. 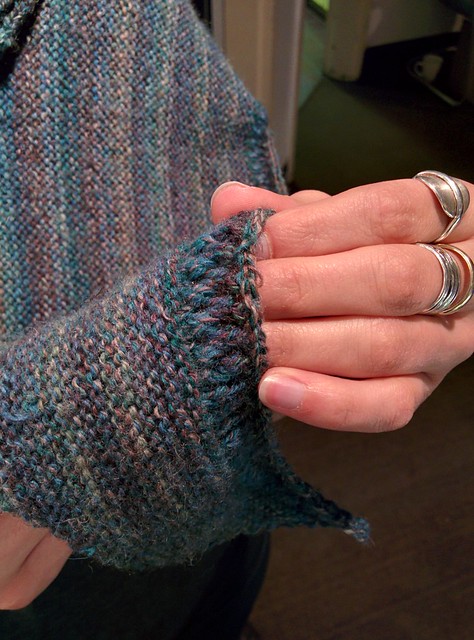 Still, as nice as a shawl is, sometimes you need the rugged reassurance of a regular old scarf. So I knit one in red for Lesley—she knew she was getting a scarf as soon as I could finish one, but the second scarf was a surprise bonus scarf. Because why not? This pattern, Falling Water, is a really nice lace effect. I knit it once before, in a lighter weight yarn for my friend Josie (also a math teacher, but Canadian, I know from England). So now Josie and Lesley can be scarf buddies next winter. 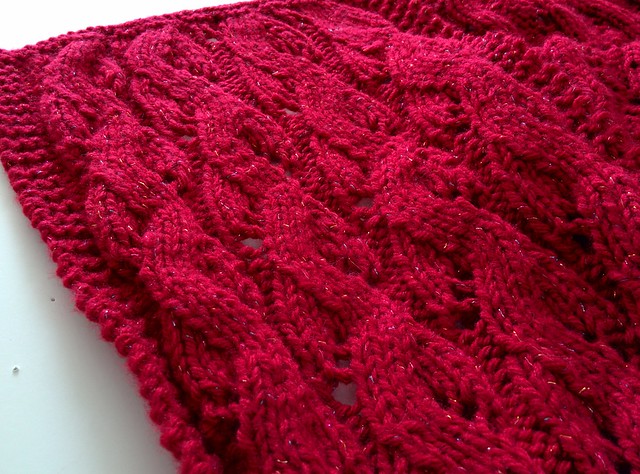 The second package was no less ambitious. Somewhere along the way I decided that I could tackle a blanket next. Specifically, I wanted to start with a baby blanket (which would be smaller, so not as time consuming or burdensome). Another teacher in England (seeing a pattern yet), this one an English teacher, happened to be expecting a baby. (She has since given birth to said baby, but the blanket arrived in time!) So that was a time crunch.

The first thing I discovered as I began knitting the baby blanket is that it was almost identical to knitting a scarf. Anatomically, a baby blanket is basically a shorter, wider scarf. You could use almost any pattern you use for a scarf—and vice versa. I found a really nice “chalice” pattern and combined it with some gorgeous—though annoying—rainbow multicolour yarn. Now that I look at it, I feel like the pattern of colours drowns out the chalice shapes. But I’m still pleased with the overall result, and Debs was very happy. 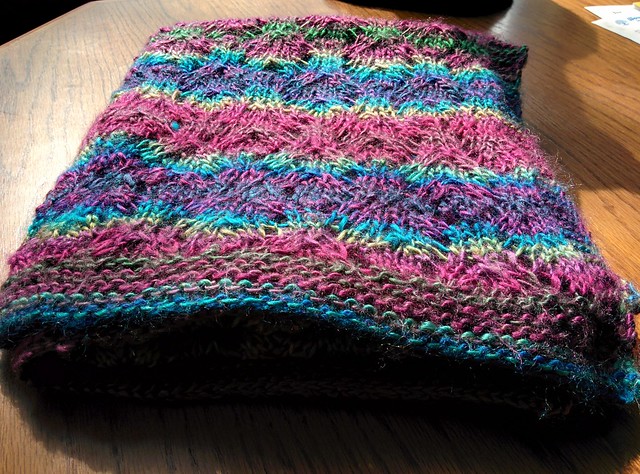 Back in Canada, a coworker at the adult education centre was so impressed with the Newfoundland mittens I made for a teacher there that she asked for a pair herself. She wanted black and white, so I made black and white. This is the third pair I’ve done now, so I’m getting pretty good at this pattern, if I say so myself. I’m certainly getting faster. Unlike the first two pairs, which used a very fine DK yarn as the “base” yarn, both yarns in this pair are the same weight and were more manageable; overall, I like the result a little better. Cindy gave a very gratifying reaction when I presented them on Friday to her. She’s going to have to wait a few months to break them out (the weather is finally turning warm enough here), but I hope she gets good use out of them come next winter. 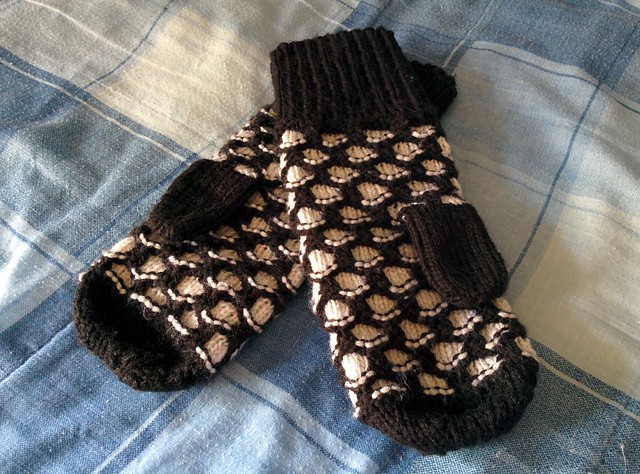 I’m very glad that, in the three (nearly three and a half now!) years that I’ve been knitting, I’ve managed to reach a point where I can make gifts for people. It’s so cool that I can give people something that is enduring, looks good, and also functional. I still have a lot of room for improvement: I have yet to knit a sweater, or do anything really complicated in terms of pictures or striping or whatever in a pattern. But I have plenty of time to tackle such skills. Onwards and upwards.

Having done a baby blanket, I’ve set my sights on a blanket constructed of discrete squares. I found a very nice, almost floral-inspired pattern. It looks so awesome, yet in terms of technique it’s dead simple, and it doesn’t take very long at all to knit these largeish squares. In addition to being something new, this project and the pattern are very suited to helping me use up a bunch of solid-coloured yarn I have lying around. I’m not a huge fan of solids, and much of this yarn is leftover from the days when I did little cross-stitch things as a kid, so I want to use it up. I’m going to knit a lot of these squares in a whole bunch of colours, then I’ll mix and match to assemble a whole blanket. 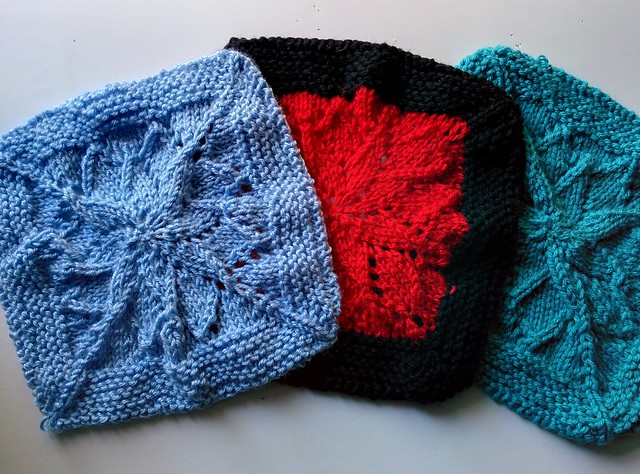 My weekend failing to upgrade to Windows 10

Initially I wasn’t going to bother upgrading to Windows 10. I currently dual boot Windows 7 and Ubuntu and use the latter almost exclusively. Mostly I use Windows 7 for SMART Notebook, and to play the occasional Steam game that will run on my 8-year-old laptop. Of course, I use…

These are the moments that mean something

As I write this, I’m very sore, because I spent several hours last night dancing. I had the privilege and honour of not just attending the wedding of my friend Cassie but of being in her bridal party. I’m starting to get the hang of this wedding thing, I think. …