This post was published 7 years ago. Some of its information or my opinions might be out of date. 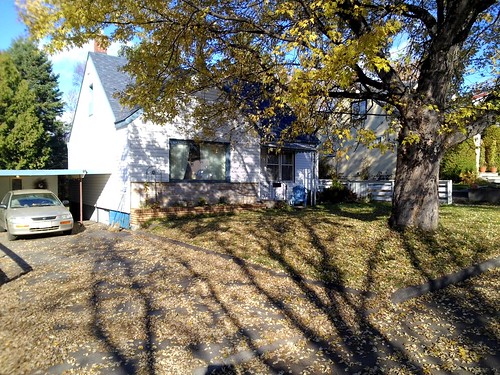 Well, it’s happened. The leaves have changed colour. They are starting to fall. That chill is in the air again. Autumn is here.

I’m lucky enough to live in a part of Canada that (usually) experiences all four seasons to a good extent. And I am especially anticipating winter this year, of course, because I “missed” it last year. But no season rivals autumn in its splendour and majesty, certainly not here in Thunder Bay.

We tend to regard autumn, much like spring, as an interstitial season. It’s that awkward pause between summer and winter. Unlike spring, however, autumn really makes its presence known. It’s not just the colourful leaves, of course, or the frost nipping at our gardens. It’s the atmosphere and mood that begins to roll over the community. If spring is the time of growth and rebirth, autumn is a time for taking stock, for shelving some things and beginning others. It is the season of merciful endings and tentative beginnings.

When I was younger, I always liked autumn because I liked going back to school. Yeah, I was a dork that way. Oh, I dreaded those last two weeks of summer as much as any child: there was always the sense that there was so much left undone, so many things left unexplored, and was summer break really over so soon? But I loved school, loved the excitement of new classes, of seeing teachers new and old, of immersing myself once more in that hallowed atmosphere of books and learning. September, for me, was always more of the start of a year than January. (It probably helps that my birthday is in September as well.)

This is the first year since I started going to school back in kindergarten that I have not returned to school in September. It felt weird. Even in this new state, though, autumn retains its charm.

There is a sense of breathing room to autumn. I was driving down a residential street a few days ago, out on an errand. It was just nice. After the crazy rush of back-to-school, we Canadians like to get our Thanksgiving out of the way early, in October. And Halloween is not exactly a labour-intensive holiday, unless you have small children, in which case I pity and sympathize. But then we’re on the home stretch, our calendars clear until the end of December. Only the Christmas shopping commercials that start the day after Thanksgiving—in October here in Canada, remember—threaten to pierce the otherwise impervious sense of calm that November brings.

The weather isn’t always ideal, of course. September this year seemed inordinately cold; for a moment, I was convinced we would forgo autumn entirely and slip into winter without looking back. And the ratio of overcast to sunny days seems decidedly unbalanced. (There’s just something wrong about having to turn on my bedroom lamp to read in the middle of the day….) But when the weather is nice—and it is, occasionally, nice—then it is glorious. 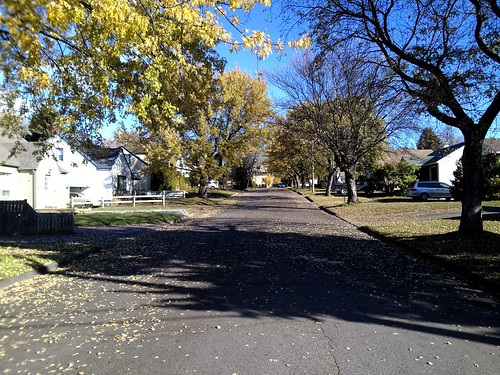 The temperature steadily drops, and while there are a few pockets of warmer afternoons here and there, I know my days of wearing shorts are harshly numbered. As the leaves continue to fall, so to do the fashions change. We pull out our heavier clothing: our sweaters, our mittens and gloves, and we probably check to make sure our winter boots are present, accounted for, up to snuff. Oh, and we mustn’t forget our tuques or toques, eh? Now that I’m well-versed in the art and pleasures of knitting, autumn, as the official season of knitwear, has that much more joy to bring me.

And against that backdrop of red, orange, and golden leaves, in the afterglow of Thanksgiving—which, in Canada, is probably the most lavishly celebrated entirely secular holiday—we come together. We drink tea and coffee—pumpkin spiced or not, as you prefer. The year is winding down. Our time is running out. But time enough still to pause, to think, to commiserate, and to celebrate. Whether you see autumn as the harbinger of winter or its valiant, ever-defeated gatekeeper, its presence gives us time to prepare, to gird ourselves for the snow and ice, and to reflect on the year we’ve had.

Will consult on your spam email for $$$

I don’t get a great deal of spam, and Gmail does protect me from the most obvious—from a machine’s point of view. Gmail has dropped the ball, however, on detecting spam that is clearly spam to a human but cleverly disguised as legitimate. Here’s a message I received on Wednesday: …

It’s November, and that means it is Desert Bus for Hope time. Those of you who are old enough to remember life before the web might remember the phenomenon known as the charity telethon. Not-for-profit TV stations, or various charity organizations, would host fundraising drives. You could watch people perform…